Mike Reid remembers when fishing in Heiltsuk territory was easier and far more productive. At age 12, he started commercial fishing with his grandfather, and recalls catching their share of halibut, crabs, clams and other local marine staples without much trouble—all fairly close to home.

“Now you have to go further, spend more time and burn more fuel,” says Reid, who draws on that lifetime of local fishing experience as the Aquatics Manager for the Heiltsuk Integrated Resource Management Department. This new normal, he adds, is a major issue for Heiltsuk and other Central Coast Nations who depend on the ocean for their livelihood and sustenance. “I have heard a lot of our people say the ocean is our breadbasket,” he says. “When you rob from the breadbasket, it affects our whole community because we have less and less food to feed ourselves with.”

To protect marine resources we need a network of protected areas that can maintain structure, function, and integrity of marine ecosystems.

After decades of unsustainable resource extraction by outside interests, First Nations have been pushing to protect key habitats for all species including those that are crucial for local economies and for food, social and ceremonial (FSC) purposes. To protect marine resources that are in severe decline and in need of recovery, these efforts need to be supported by establishing a network of protected areas that can maintain structure, function and integrity of marine ecosystems.

That’s why marine planners throughout the coast are cautiously optimistic about the Canada-British Columbia Marine Protected Area Network Strategy — a government-to-government-to-government effort to create marine protected areas (MPAs) within 13 marine bioregions in Canada, including the Northern Shelf Bioregion that extends from the top of Vancouver Island to Alaska.

Co-led by 17 First Nations (including all Central Coast Nations), along with federal and provincial agencies, planning for the MPA network promises to reflect advice and feedback received over an extensive consultation period with stakeholders throughout coastal communities, and to build upon legal obligations and commitments to First Nations with respect to decision-making.

The primary goal of the MPAs is to preserve marine biodiversity in coastal regions, and ensure these ecosystems remain healthy and resilient. Following the objectives of our marine use plans, our Nations will be pushing to ensure that the MPA’s are designed to maintain local fisheries and economies and protect archaeological sites, as well as important areas for traditional fishing.

Planners hope to establish the MPA network by 2019—an ambitious timeline, given the range of parties that must agree on the plan. In addition to the 17 North and Central Coast Nations, multiple federal and provincial departments are involved as well, including DFO, Transport Canada, Parks Canada and the BC Ministry of Environment. Although the overarching vision, goals and objectives have been sketched out, planners are still developing conservation priorities, and specifying key features to be protected.

In a recent paper in the journal Marine Policy, Indigenous peoples’ rights and marine protected areas, CCIRA Science Coordinator Alejandro Frid and marine researcher Natalie Ban suggest that MPAs “…have the potential to recognize, honour, and re-invigorate Indigenous rights,” adding that First Nations’ involvement in MPA planning and future management could empower communities and local fisheries’ managers, who have too long been shut out of marine planning.

However, the authors note that several obstacles remain. It’s still uncertain, for instance, how the areas would be co-managed once they’re established—a major concern for Nations that want to be in the driver’s seat for resource or conservation decisions in their territories. And some Nations also worry about sharing sensitive data in the public sphere during the planning process, which could lead to unintended consequences, such as increased fishing pressure in the “biologically-rich or culturally-significant areas” they are hoping to protect.

For experienced fisheries managers like Mike Reid, protecting culturally and ecologically important marine areas is surely a positive development. But only if they are ultimately managed by First Nations—those with local knowledge of the region and the most to lose if things go wrong. “We’ve harvested from the ocean for millennia and done it sustainably,” he says. “Any protected area network will need to incorporate our common-sense approach to conservation.”

The planning process to establish a Marine Protected Areas (MPA) network in Heiltsuk, Kitasoo Xai’xais, Nuxalk and Wuikinuxv Nations’ territories has been ongoing for 17 years, since 2006. There have been dozens of Nation Stewardship and Marine Use Committee Meetings, and substantial input from each Nation’s leadership, key community knowledge holders, elders, science and marine… 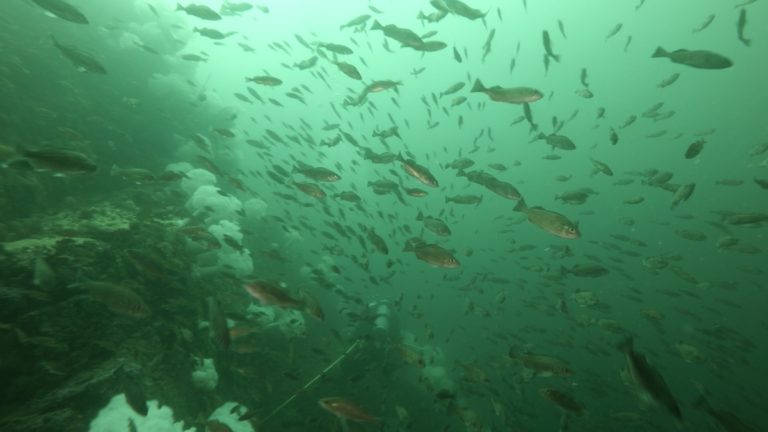 Work continues on the Canada-British Columbia Marine Protected Area Network Strategy—a government-to-government-to-government effort to create a marine protected area network within 13 bioregions in Canada, including the Central Coast of BC. This work—co-led by provincial and federal agencies along with 17 First Nations (including Central Coast Nations)—is critical to protect marine resources that are in…

The Kitasoo/Xai’xais, Heiltsuk, Nuxalk and Wuikinuxv Nations have signed a begun a collaborative process to establish a new National Marine Conservation Reserve.

The MPA Network will play an essential role in supporting Nations’ traditional marine management practices and cultural harvesting into the future. 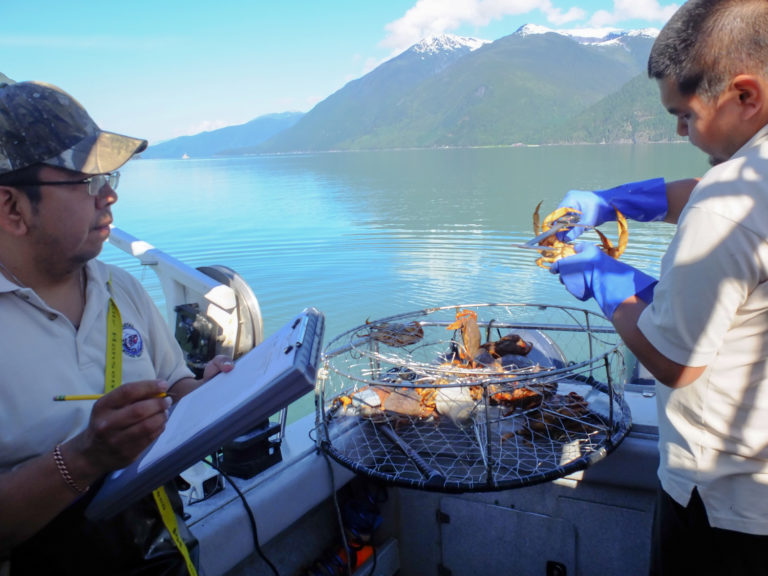 Guided by the objectives of our Nations’ marine use plans, CCIRA scientists and their collaborators have been hard at work doing research that couples our traditional and local knowledge with modern scientific techniques to tackle questions about marine resources that matter to our people.