Danielle Shaw is a member of the Wuikinuxv Nation. After growing up in Burnaby and attending the School of Business at Capilano University for business administration, she moved home to Wuikinuxv in 2010. She is excited to apply her education and administrative experience to resource stewardship in Wuikinuxv Territory. Since moving home she has worked within several program areas in Wuikinuxv including treaty development, a traditional foods study with the Wuikinuxv Health Administration and more. In June 2013 she started working on marine planning and became the Wuikinuxv Stewardship Director in November 2016 and was elected as Chief Councillor in 2020. She is eager to continue her work to move Wuikinuxv and other central coast Nations towards sustainable marine resource management.

Doug Neasloss is a keen student of Kitasoo/Xai’Xais history and culture. Beginning his career as a bear viewing guide and cultural interpreter, he has spent 12 years becoming intimately familiar with Kitasoo/Xai’Xais Territory. As the Marine Use Planning Community Coordinator, Doug spent 6 years with the community, writing a marine use plan for their territory. Doug has moved on to become the Kitasoo/Xai’Xais Resource Stewardship Director and an elected Councilor. In the summers, Doug still finds time to follow his true passion, working as the lead guide for Spirit Bear Adventures.

Mike started fishing commercially with his grandfather when he was 12. At 18, he purchased his first gillnetter and taught himself to navigate. Mike also spent many years in the construction industry, working in Whitehorse and Bella Bella. In 1986, he purchased another gillnetter and fished commercially with his family. He has also skippered boats fishing tuna and cod. All told, Mike has fished the Pacific waters from Alaska down to California. Since 2003, Mike has worked for the Heiltsuk Fisheries Program and is currently the Fisheries Manager for the Heiltsuk Integrated Resource Department.

Wally has worked on natural resource issues important to the Nuxalk for over 35 years. He has held a number of positions with the Nuxalk Nation and the Federal Government, and was the proprietor of a natural resource consulting firm in the Bella Coola Valley for 10 years. Over the last 6 years, Wally has been working with his community to develop the Nuxalk Marine Use Plan. Under Wally’s guidance the Nuxalk have made important strides toward implementing key components of their plan, including training Nuxalk Coastal Guardians and developing the Nuxalk Integrated Resource Office. 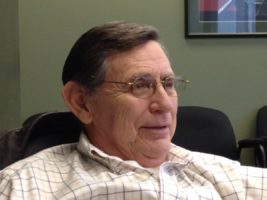 Earl Newman has decades of experience as a commercial fisherman and councilor for the Heiltsuk Nation. As a councilor Earl has sat on numerous boards and committees including the Bella Bella Fish Plant Board of Directors, the spawn on kelp working group and Gladstone Reconciliation. Earl’s extensive fisheries and political experience has been invaluable in the creation the the Heiltsuk Marine Use Plan, and as a board member of CCIRA.

Megan is a First Nations woman from the Nuxalk Nation, Bella Coola BC. She studied at the University of Victoria where she obtained her Bachelors degree in Biology. She later completed her Masters of Science Degree in Resource Management and Environmental Studies at the University of British Columbia’s Fisheries Center. Megan has extensive experience in marine issues, from fishing as a commercial gillnetter with her dad, to working at the Snootli Creek hatchery, and as the fisheries coordinator with CCIRA. She is currently the Stewardship Director for the Nuxalk Nation. Megan is a sitting Nuxalk Councilor and is involved in many First Nations governance boards.